Activating a public space for knowledge exchange, questioning and conversations.

X-PO was opened as a public art project in December 2007 in the former post office in Kilnaboy North Clare. the space was given over to certain events; exhibitions that dealt with the complexities of rural life, clubs and groups on a weekly basis, talks and exchanges about local knowledge and genealogy. The post office building was a familiar space and the intention was to encourage a collective reflection on the value of local knowledge and the changing face of rural society.

The primary objective of the project was that X-PO become a self-sustaining social and cultural space. Public meetings were held with the intention of creating a structure that would actively involve newcomers and locals. Re-opening the post office has stimulated discussion on how to maintain an active, inclusive, social community whilst remaining in contact with the knowledge and sense of place that comes from reflexive consideration and involvement with the locality. More than a decade later X-PO continues to function, run by volunteers.

The Mattie Rynne Archive: The first event at X-PO was an installation of photographs and paraphernalia left in the building when the postmaster, John Martin ‘Mattie’ Rynne, died in 2000. A temporary installation of Mattie’s books and belongings was placed in the post office and a portrait wall drawing from soot taken from the kitchen stove. The Mattie Rynne Archive demonstrated how objects and images make visible hidden or overlooked stories and re-frame narratives from alternative perspectives.

The X-PO Mapping Group: Working for the past decade to name and trace all the occupants of the parish of Kilnaboy from 1842, before the great Irish Famine, to the present the group are currently digitalising all the work. They have conducted interviews, walked the townlands and compared oral history with documentary evidence. The “official” survey map has been overlaid with a fluid, changing narrative and the annual public exhibitions are now a forum for an open-ended story of place as visitors bring in new information.

The Rinnamona Research Group: Prompted to research and re-present their own account of their local history, The Rinnamona Research Group members Anne Byrne, Mary Moroney, Sean Roche, John Ruane and Francis Whelan collated and presented an installation of photographs, objects, recordings, and paintings in the X-PO. Interest in the exhibition drew both local people and academics to see the exhibition and add their stories to this alternative perspective on Rinnamona in the 1930s.

The Peter Rees archive: Peter Rees is a truck driver who has documenting the changing face of his parish for nearly thirty years. He has amassed an extraordinary collection of photographs, which is collated chronologically and housed in a small office in his house. These images stories of the communities and history of Kilnaboy. The photographs were scanned, reprinted and organised chronologically into albums and placed in the kitchen where visitors could look at them at leisure. A further selection of 80 photographs was also projected in a separate room allowing for a collective experience of local history. 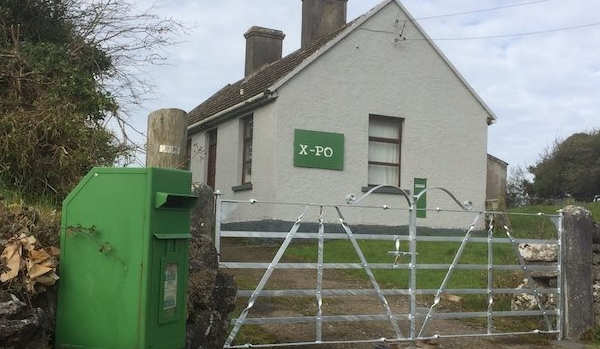 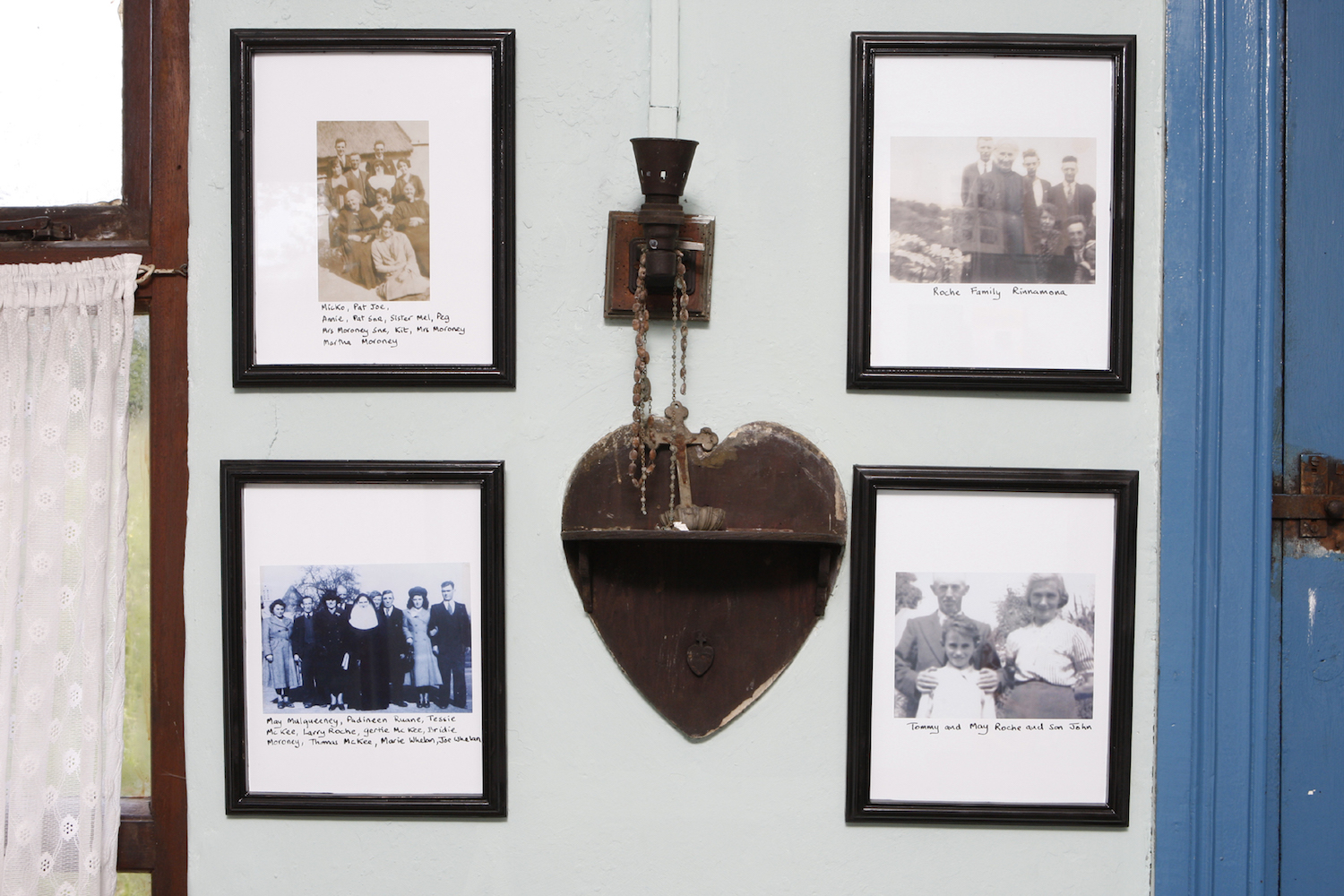 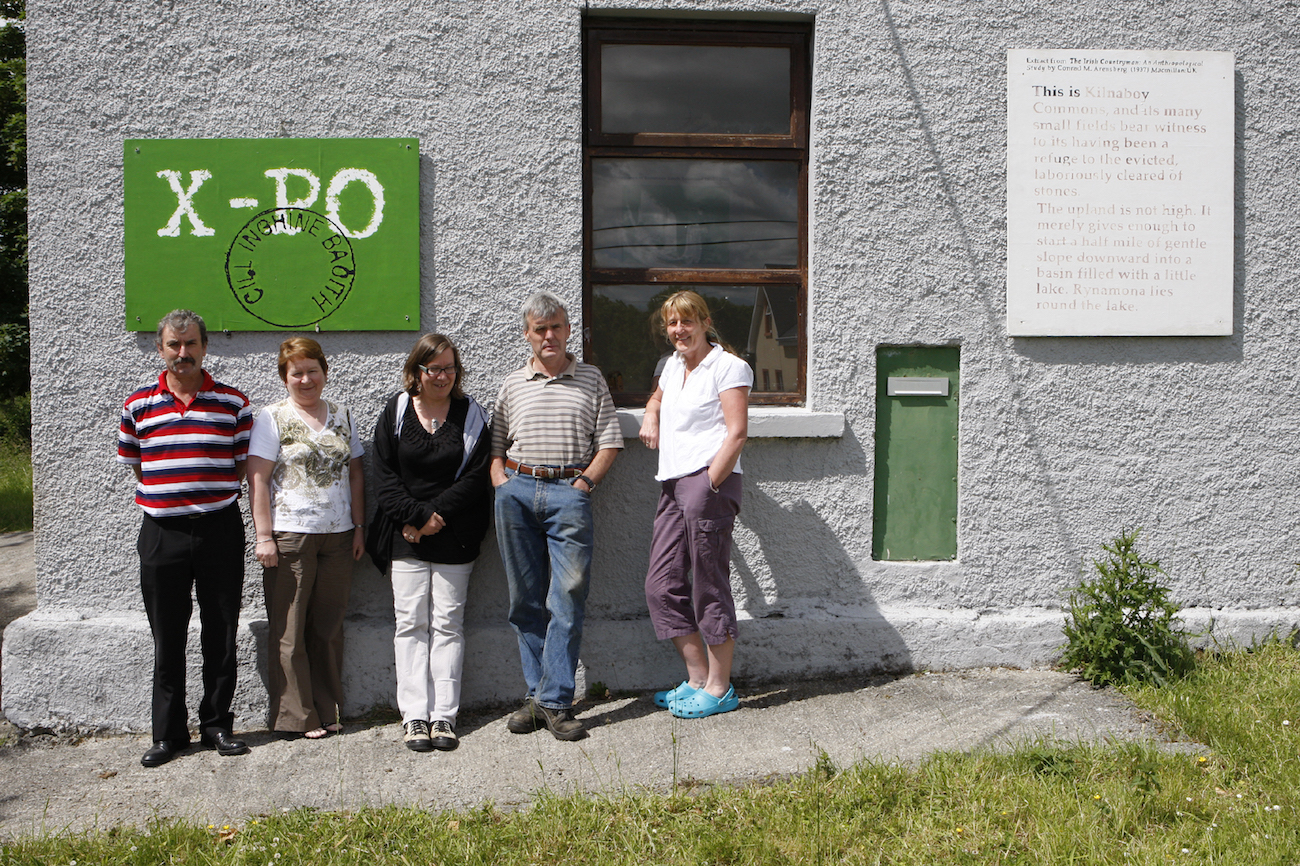 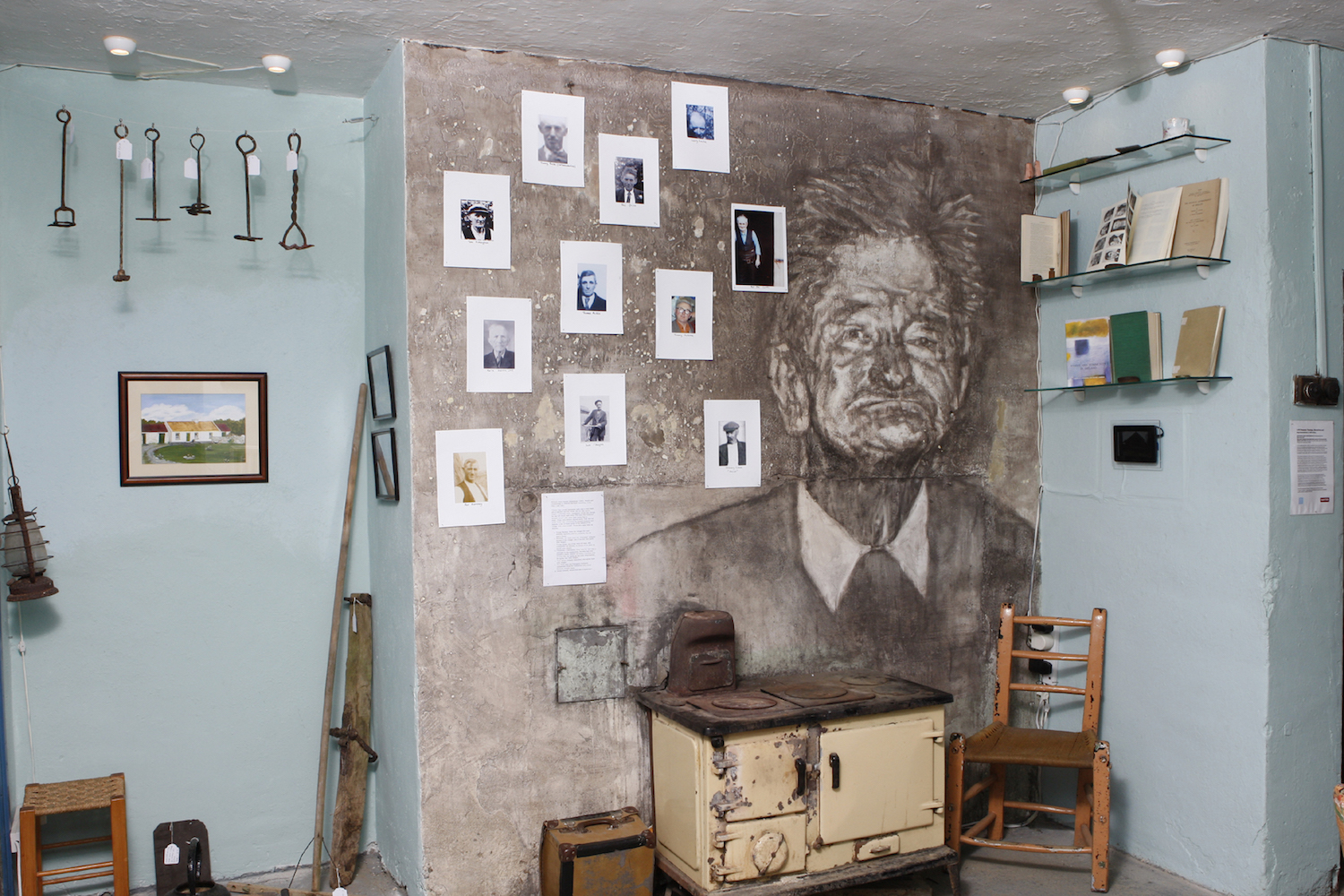 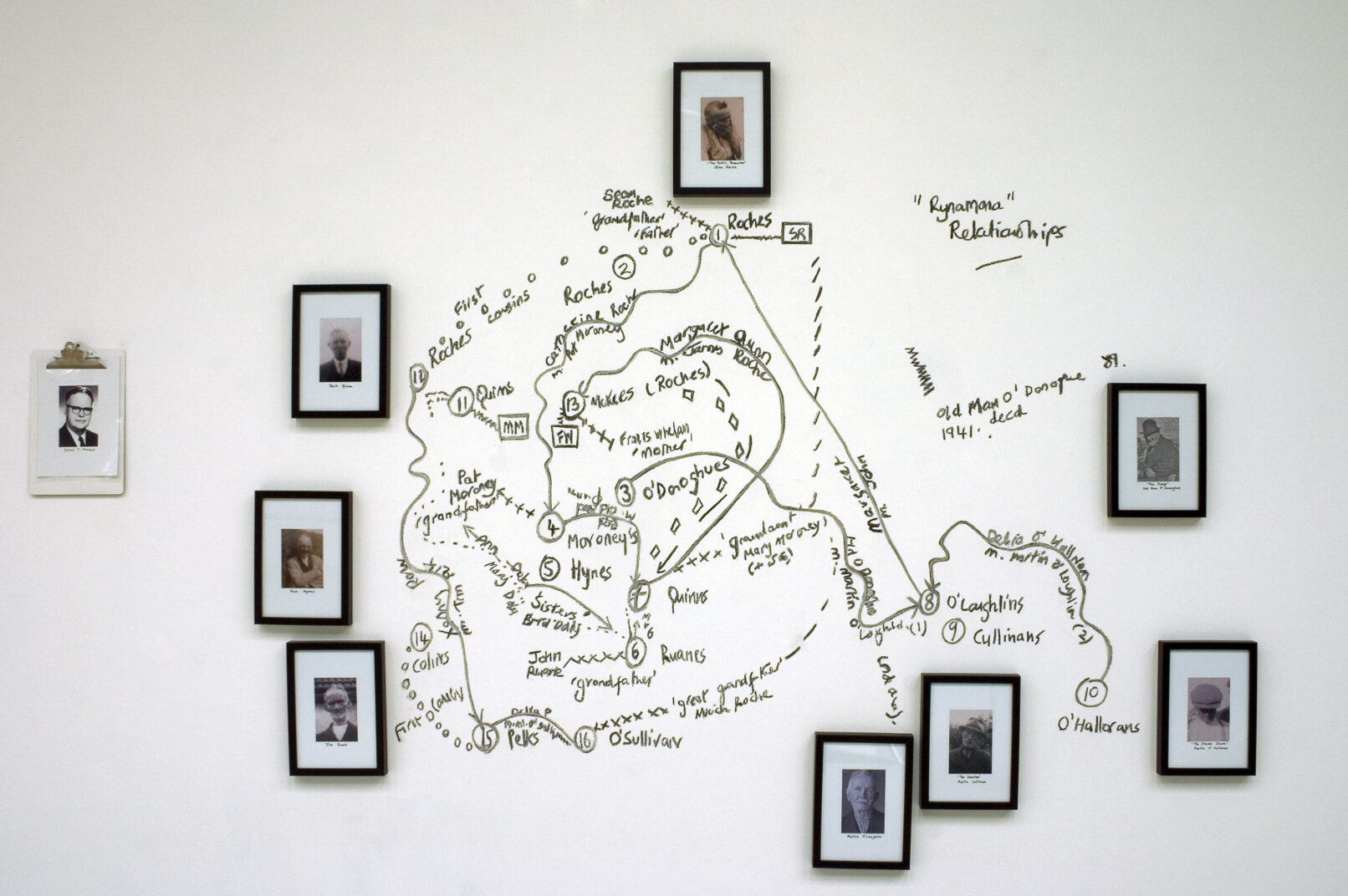 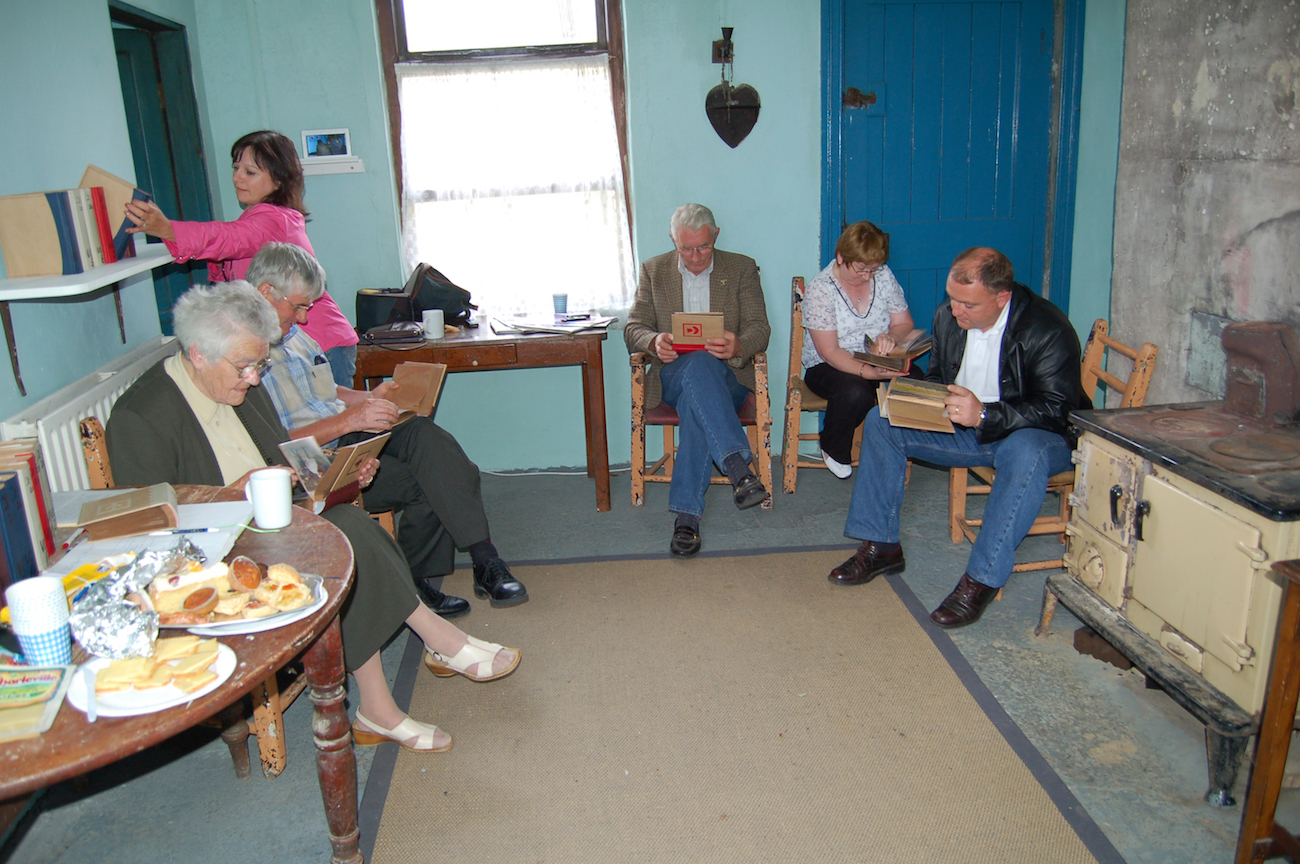 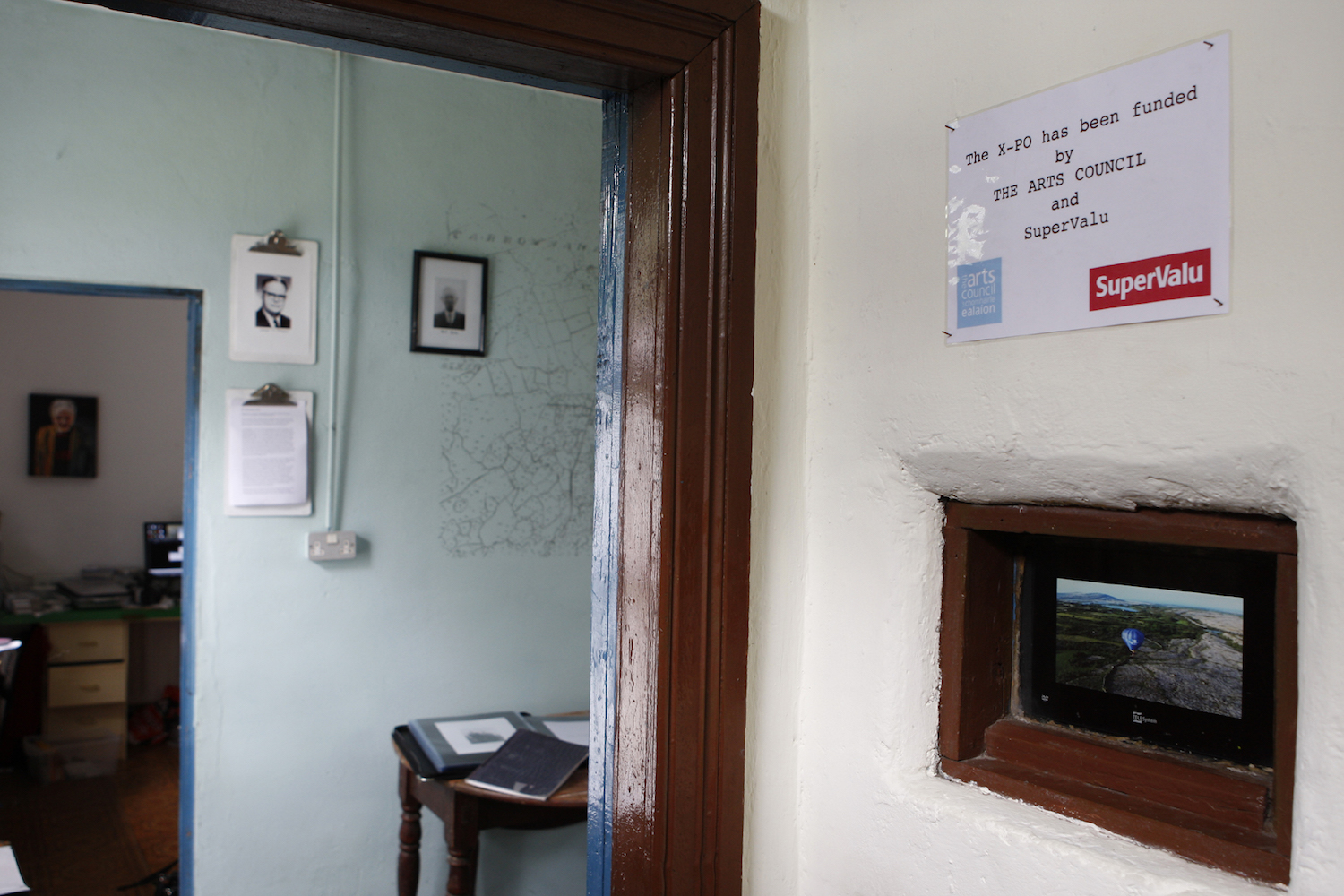