What Would Kathleen Lynn Say?

Kathleen Lynn: Insider on the Outside was an exhibition curated by Catherine Marshall about the life and work of Dr Kathleen Lynn by thirteen contemporary Irish artists exhibited across five publicly-funded visual-arts spaces in Mayo as part of the county 1916 centenary celebrations.

In 2016, at public meetings in County Clare, Galway and Kathleen Lynn’s own home county of Mayo, rural GPs spoke of fears for the future of Primary Healthcare services in rural Ireland. People were concerned and angry at the precarious future given a large ageing population in rural towns and villages and difficulty in replacing GPs who were retiring. #nodoctornovillage became a banner for a campaign, and as a way of drawing attention to these issues, when invited to make an artwork to celebrate Kathleen Lynn’s role in the 1916 rising, Deirdre O’Mahony revived Lynn’s voice through Twitter and Facebook. The final artwork, 20, A0 Posters featuring texts drawn from the tweets and posts, combined with photographs of Kathleen Lynn was the content for a series of 20 A0 digital, inkjet posters asking What would Kathleen say to the present state of the Irish Health service?

Kathleen Lynn grew up in Mayo in rural Ireland. She was a political activist, suffragette and pioneering doctor who established the first Children’s Hospital in Ireland. She was also the only female commander during the Easter Rising. As celebrations took place for the centenary of the Easter rising which promised equal rights and equal opportunities to all its citizens, the exhibition was an opportunity to look back at politics of people like Kathleen Lynn, who played a key role in founding the Irish State.

What would Kathleen say to cuts to rural GP services and the care of children in Ireland one hundred years after 1916? 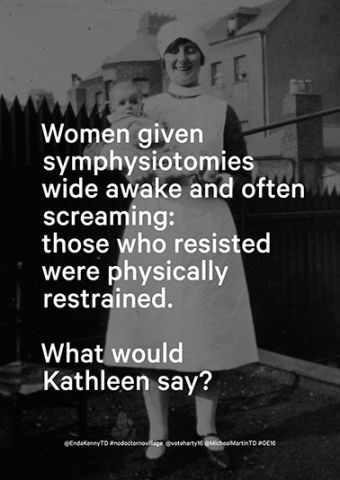 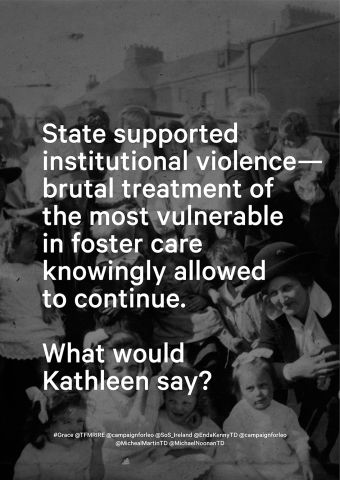 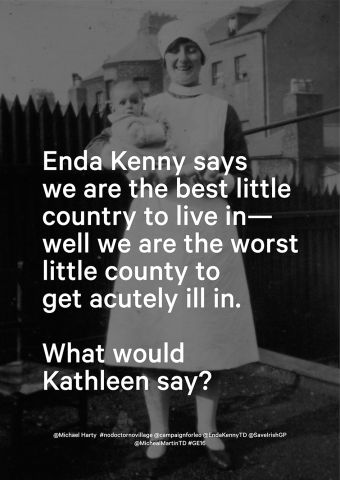 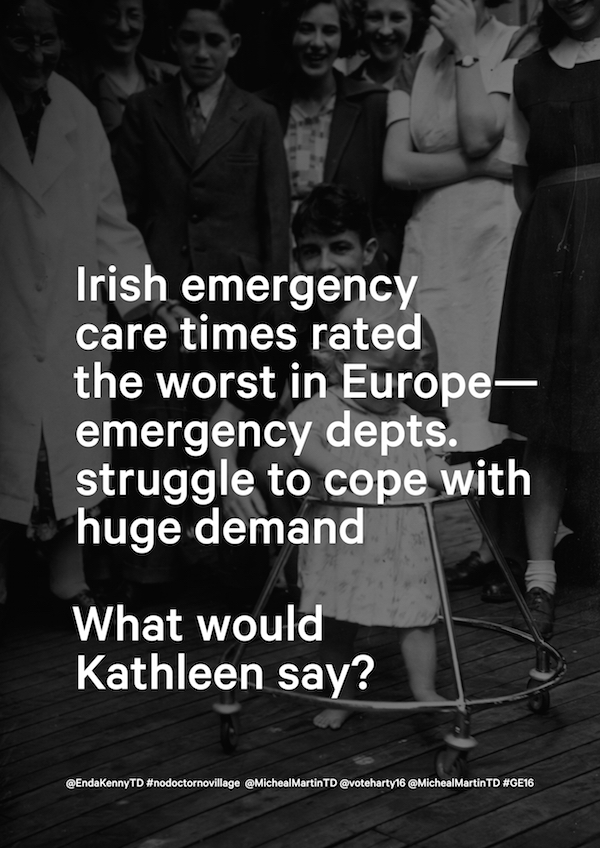 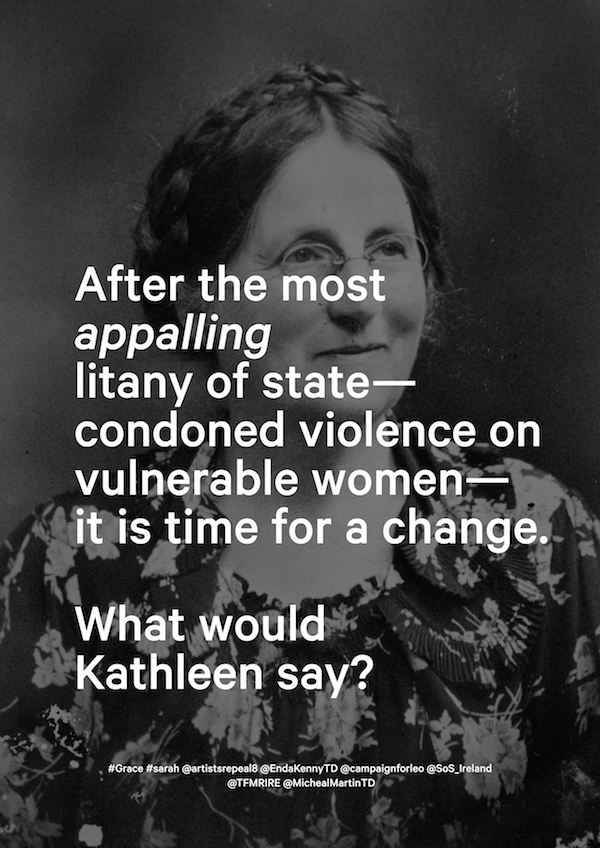 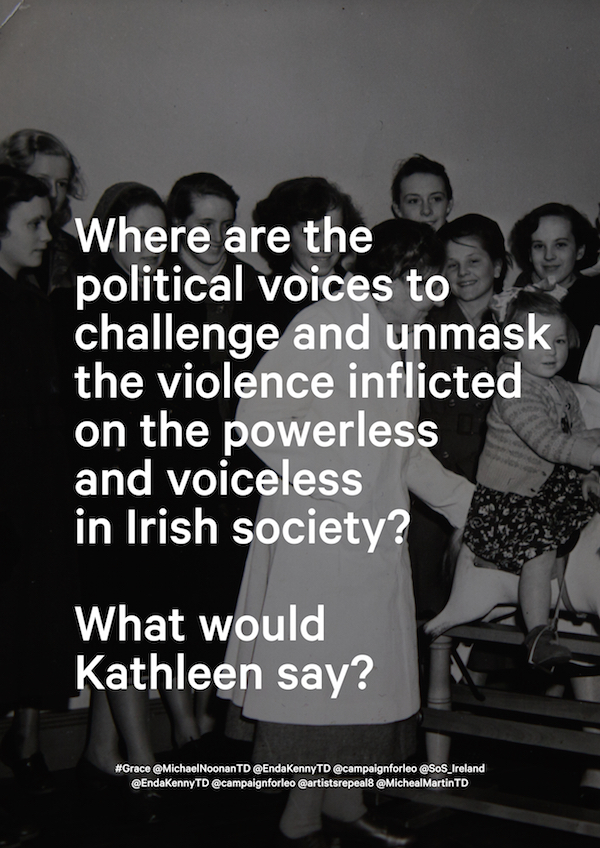 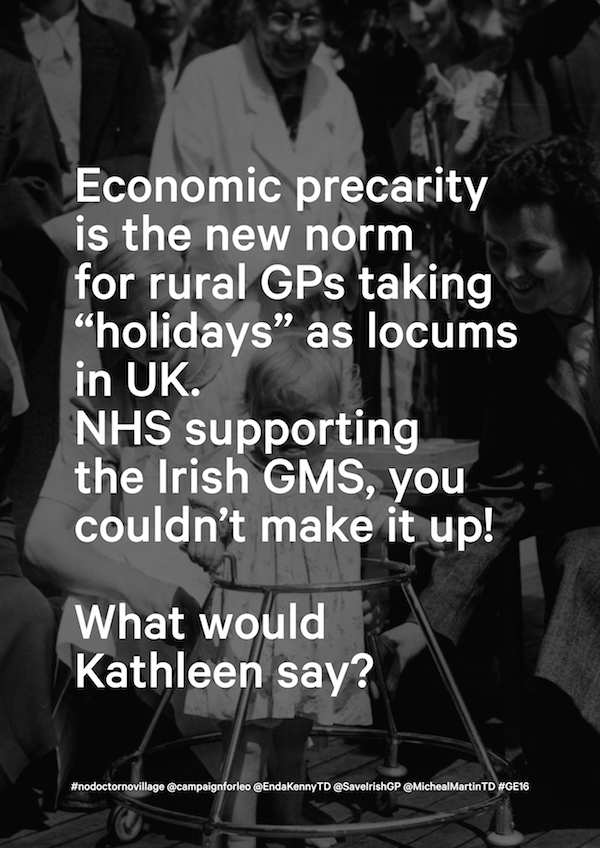