Bringing the rural to the urban through a decorative potato planting.

The project is the latest manifestation of the SPUD project and is part of A Fair Residency collaboration that took place between the Irish Museum of Modern Art and Grizedale Arts as part of the Irish Centenary celebrations in 2016. This starting point for A Village Plot came from Antoine Augustin  Parmentier, the former apothecary of Les Invalides in Paris who in the eighteenth century devoted his life to changing cultural attitudes to the potato as an anti-famine food in France.

This led to a decorative vegetable plot on the front lawn of IMMA to bring agricultural craft skills to the forefront within a national cultural institution. It was made in collaboration with members of the Loy Association of Ireland who demonstrated the skills of making perfectly straight potato ridges, converting the use-value of IMMA’s grass covered lawns.

The design of the beds was taken from the title page of Irish antiquarian Margaret Stokes’ illustration for The Cromlech on Howth, is an early example of Celtic ornamentation from the Gaelic revival. A celebratory meal of potatoes cooked in a fire -pit on after the harvest was held at the project’s conclusion.

Funded by the Irish Museum of Modern Art 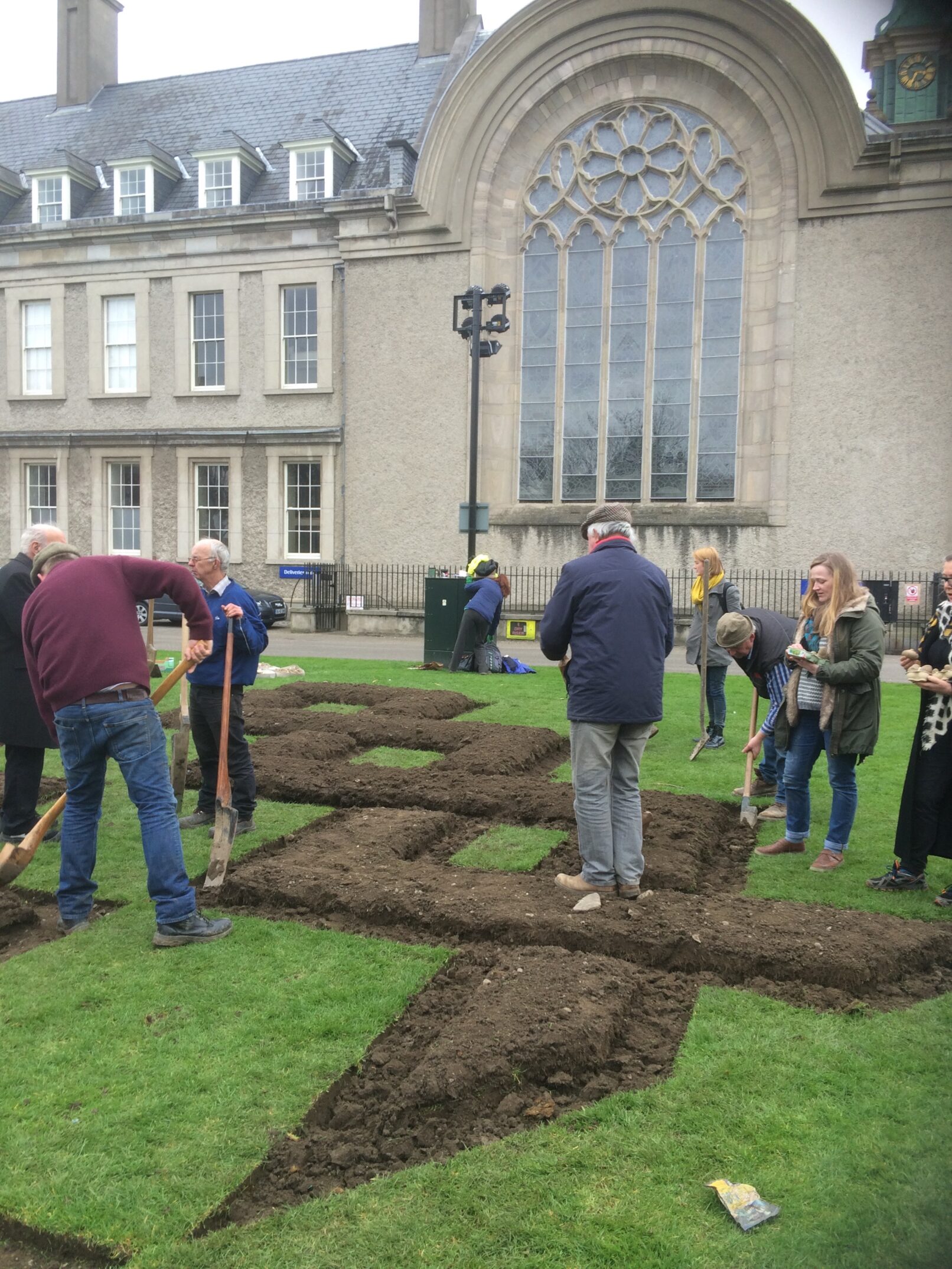 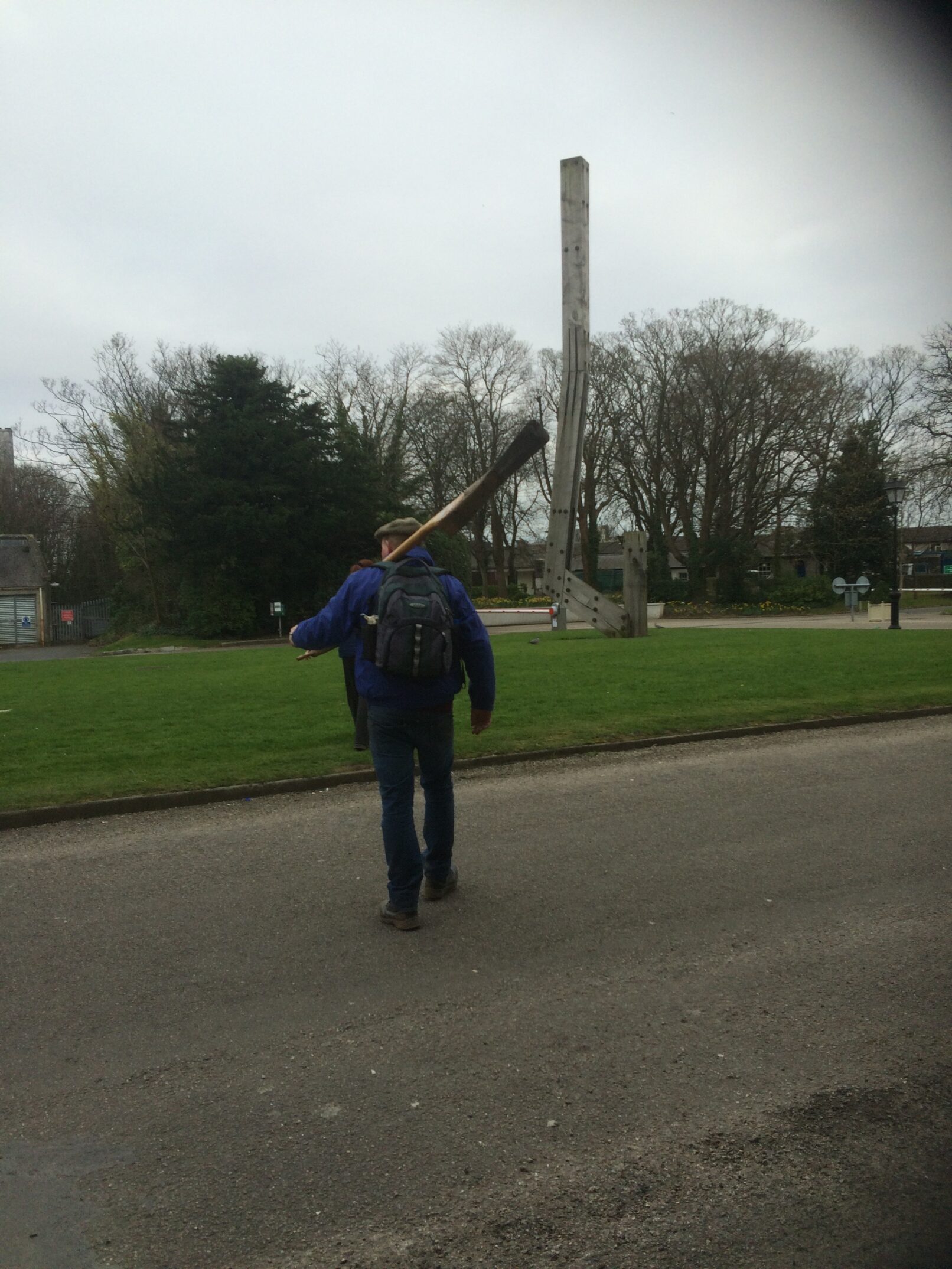 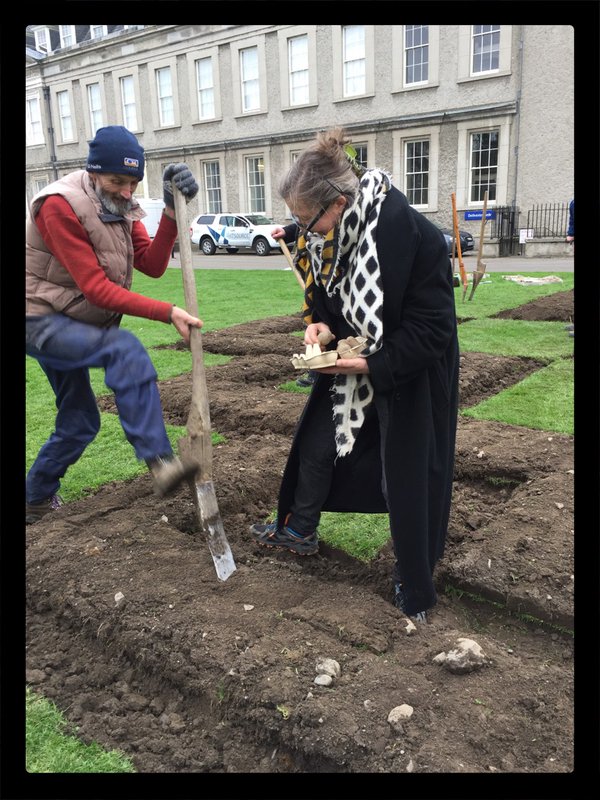 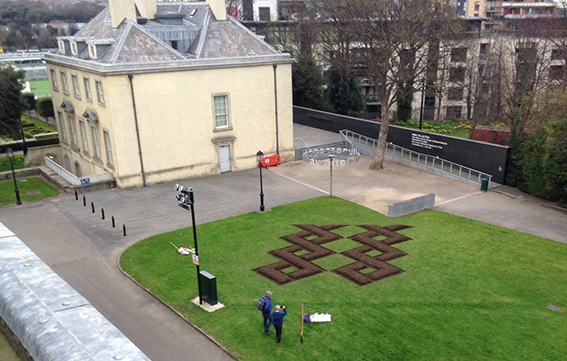 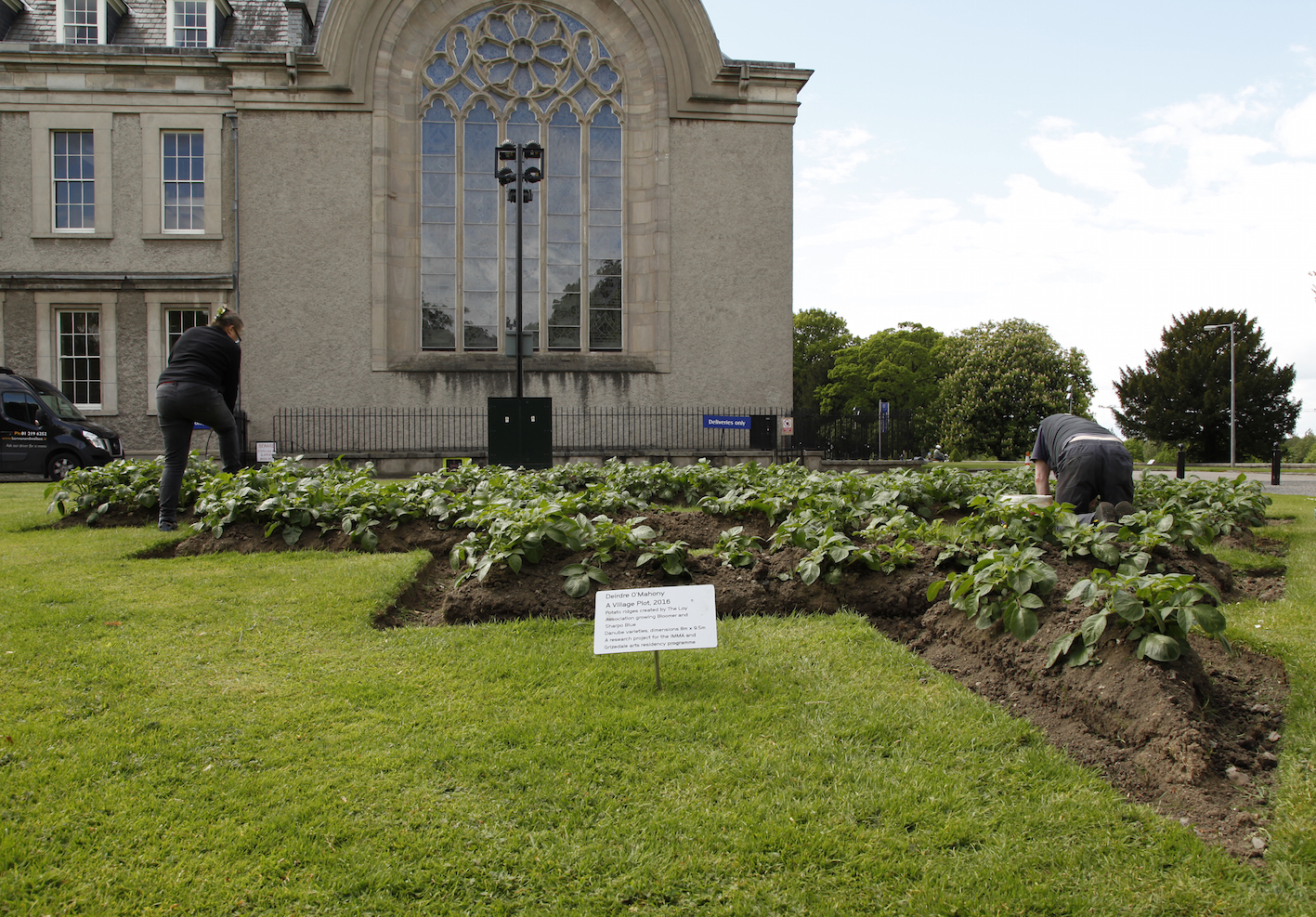 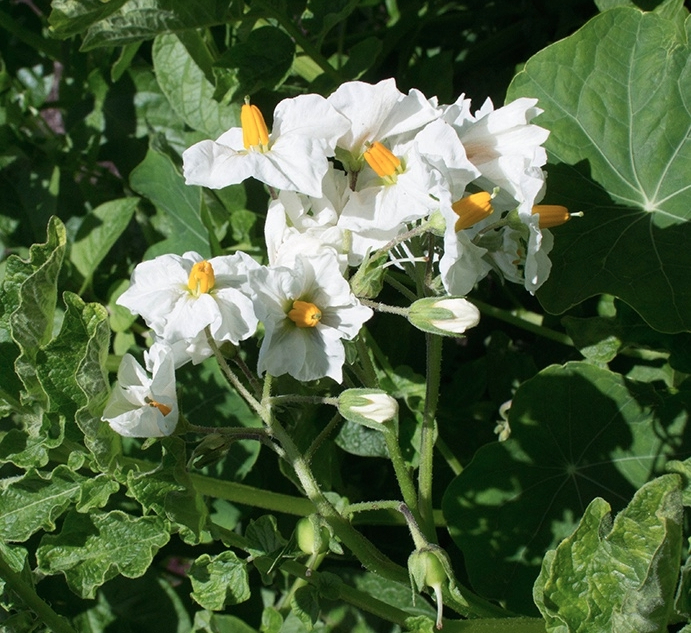 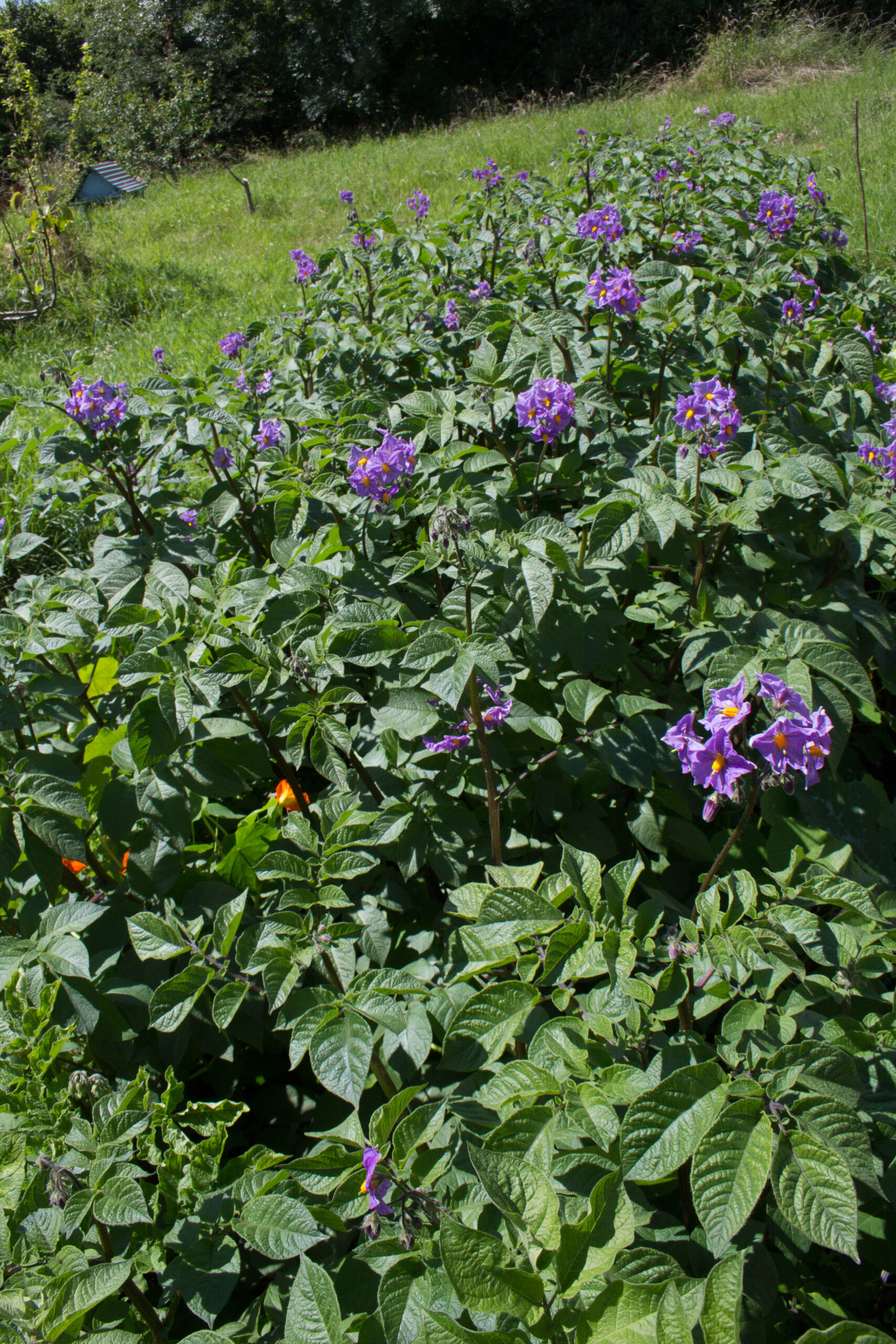 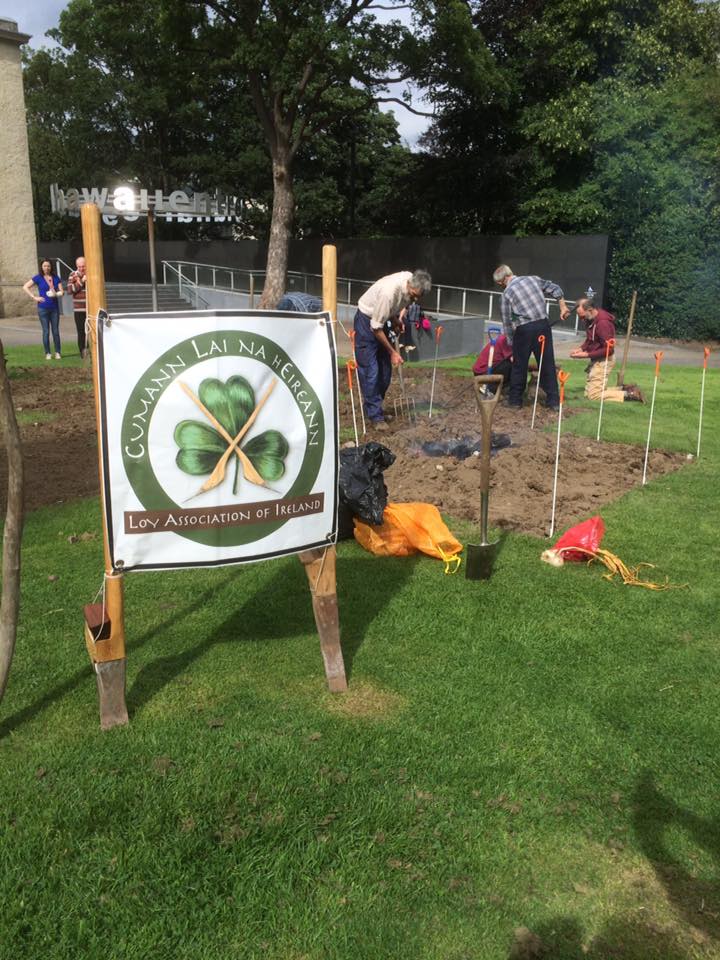 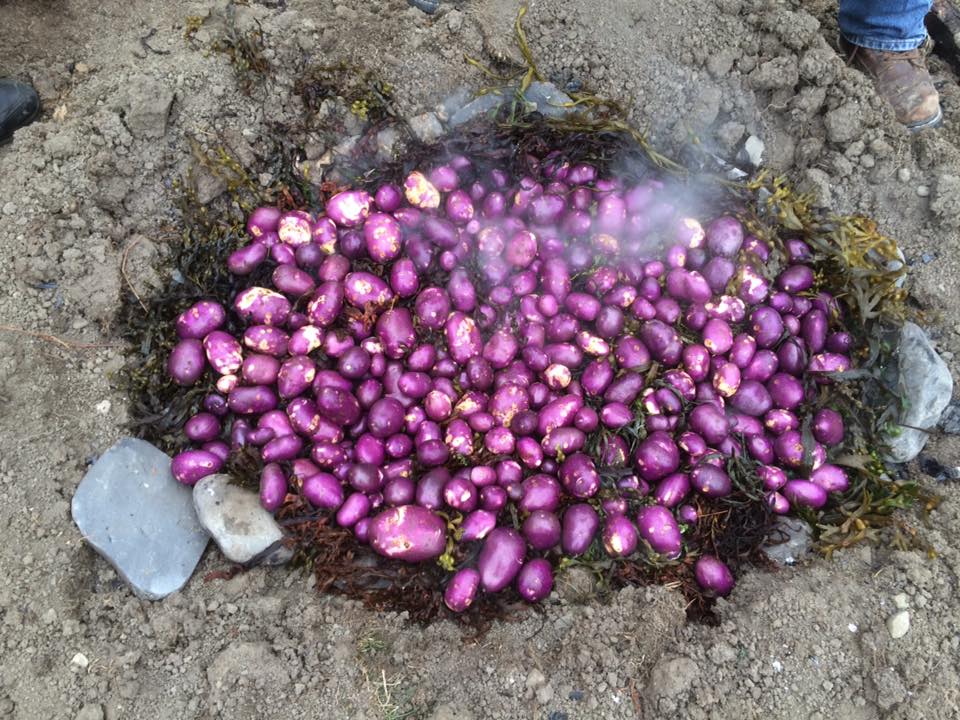 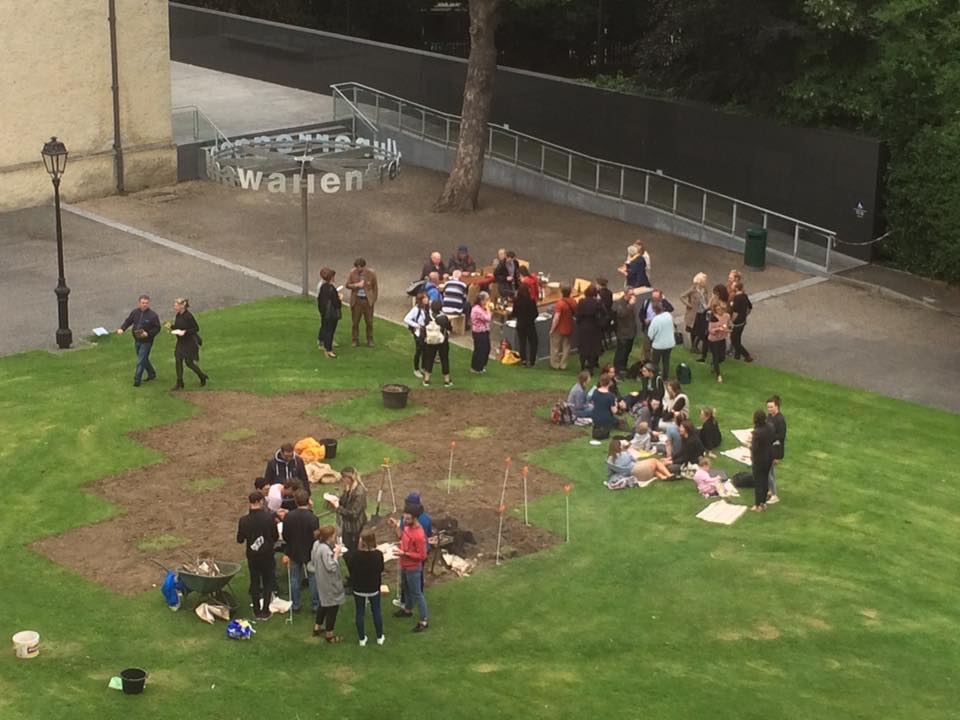