Unpacking the micro and macro complexity of the Burren.

The Untitled series began while Deirdre was still in London, in 1990 with Untitled no 1 and 2  with the remaining paintings in the series completed in County Clare, between 1992 and 1995. Occurring after Traces of Origin and before Erratics, it was bookended by deep engagement with the West of Ireland’s landscape. Untitled series furthermore coincided with the height of the controversy about the construction of an interpretive centre at Mullaghmore– the later paintings looked to work on a visual language to unpack the complexity of the Mullaghmore site; their abstraction, from the painting style to the lack of titles, does not remove them from that location.

With microscopic brush strokes inspired by the calcified fossils that can be found in the rock in the Burren, the fineness of the strokes creates an intense, compacted, ceaseless movement just like these microorganisms found in rock. Deirdre later incorporated stone dust, which in certain light is opaque; in other light is translucent, from a stone mason near her studio. The intensity captured in this series references the social friction, the micro and macro themes of the controversy. 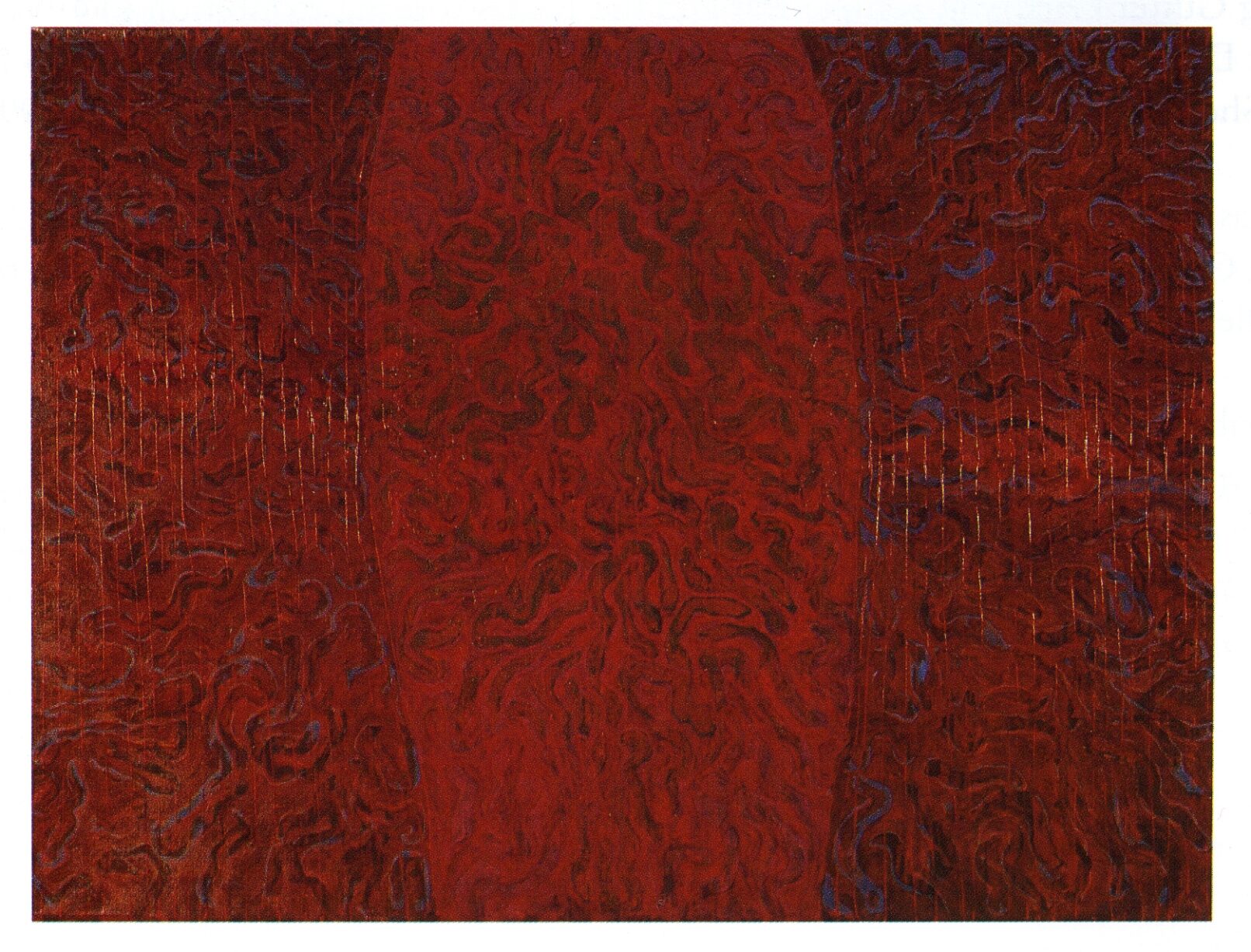 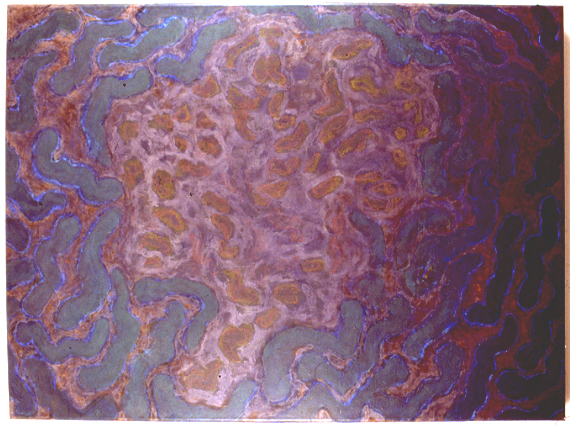 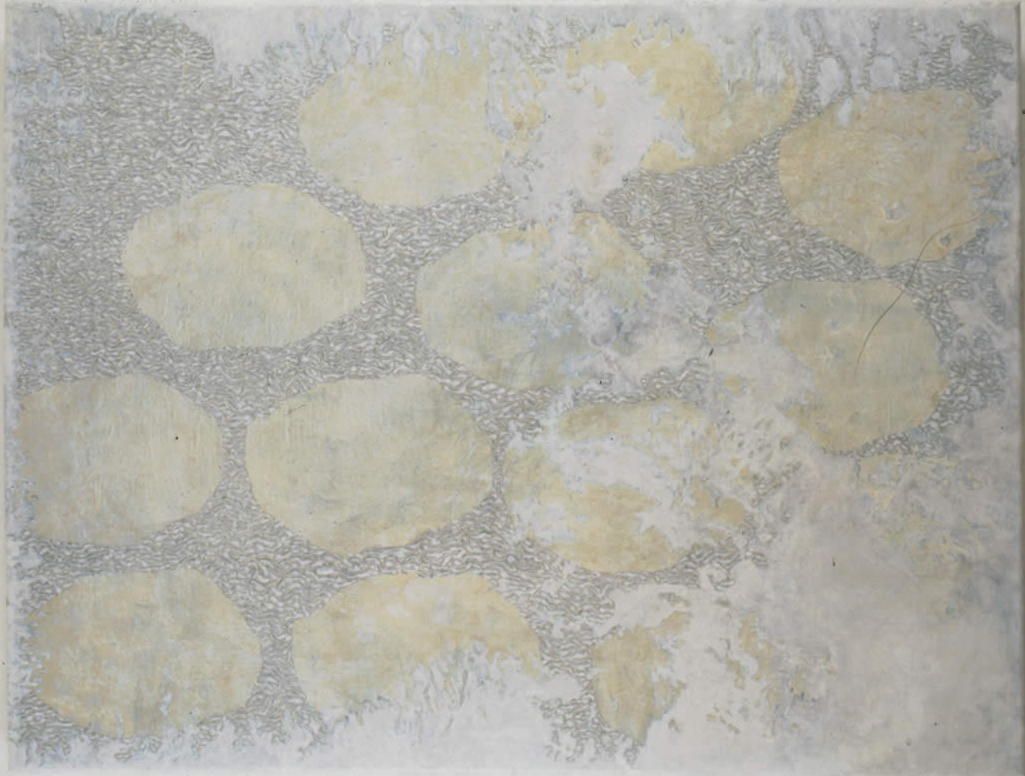 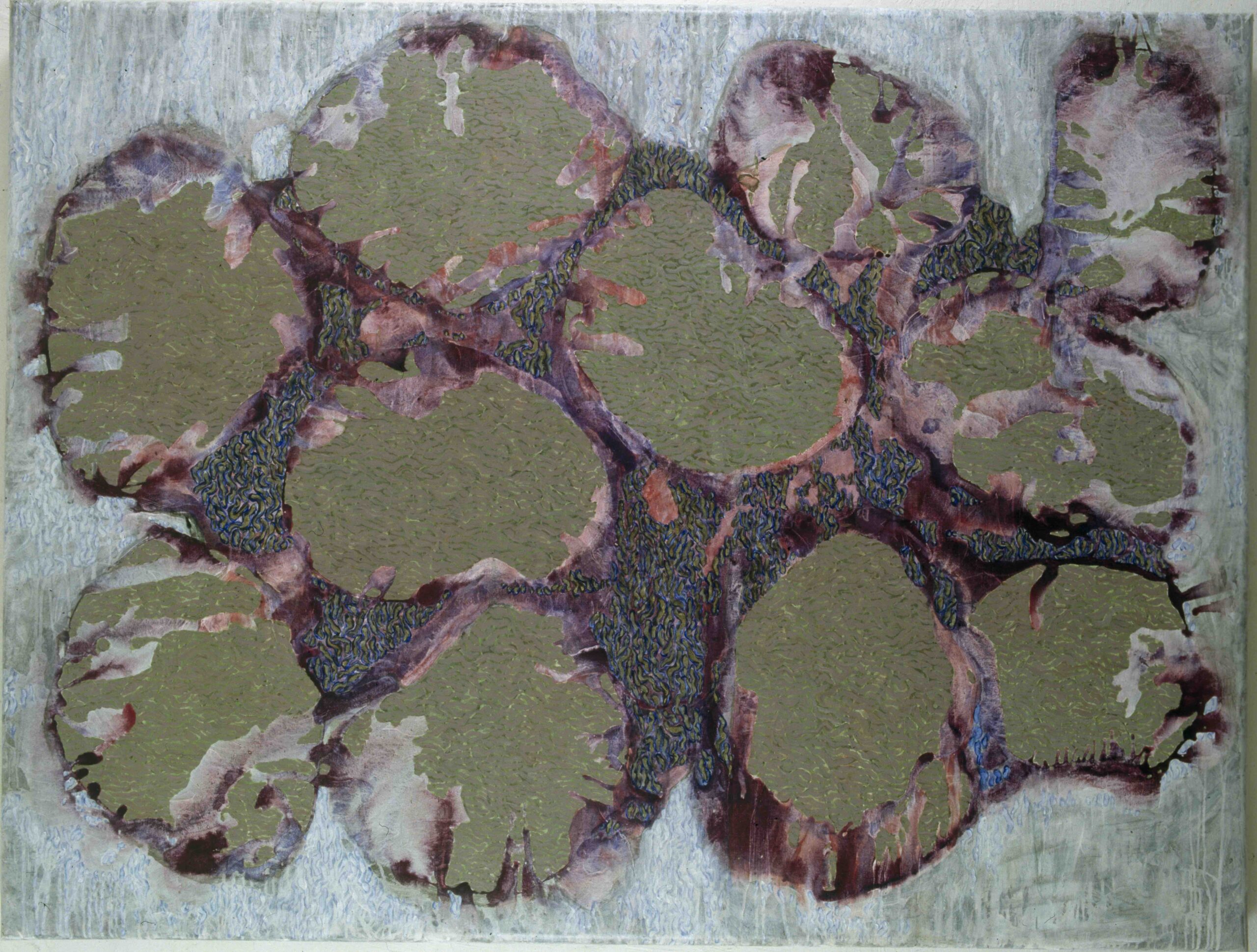