Four site-specific paintings referencing the interactions with the Burren.

Traces of Origin comprised four site-specific paintings, following Deirdre’s return to Ireland from London in 1992. The way in which the paintings engaged with the landscape was two-fold: first made using limestone imprints and local geological references and second installed on the limestone pavement cliffs above the Ailwee Caves Car Park in Ballyvaughan, Co. Clare.

Traces of Origin was made at the height of an environmental conflict about a decision to build a large-scale visitor-centre at Mullaghmore in the heart of the Burren landscape, triggering a major ecological controversy with local, national and international dimensions. Yet, the series of paintings is detached from the social and political context of the time. While it received critical visibility, it did not have any real effect on the way the landscape was perceived, other than as an aesthetic spectacle. In Deirdre’s subsequent work she began to reflect on questions of agency and representation in her practice, no longer able to see the Burren as a place of untroubled contemplation.

Funded by The Arts Council and Clare County Arts Office. 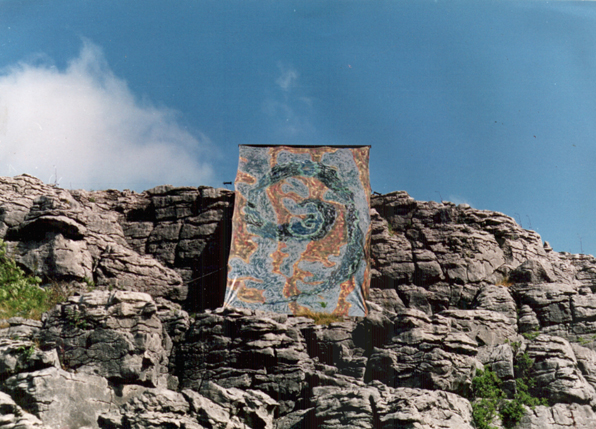 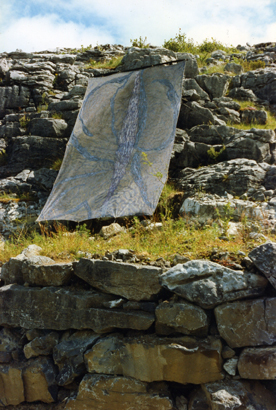 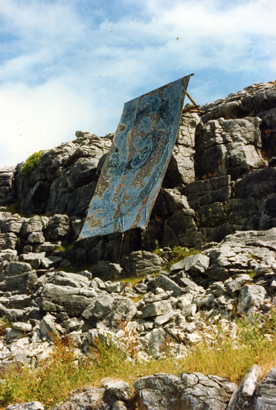 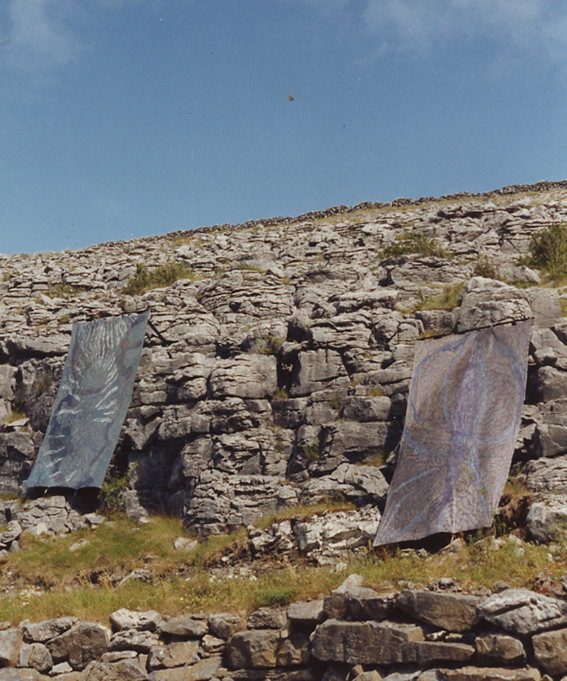 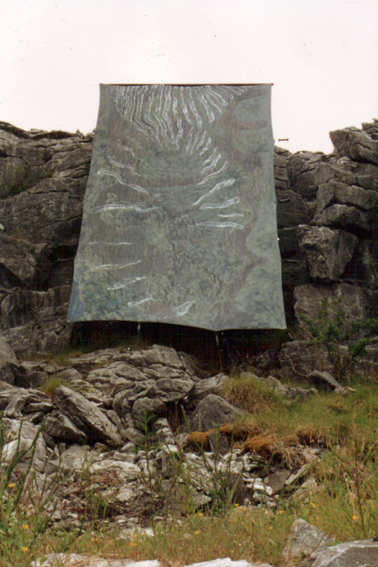 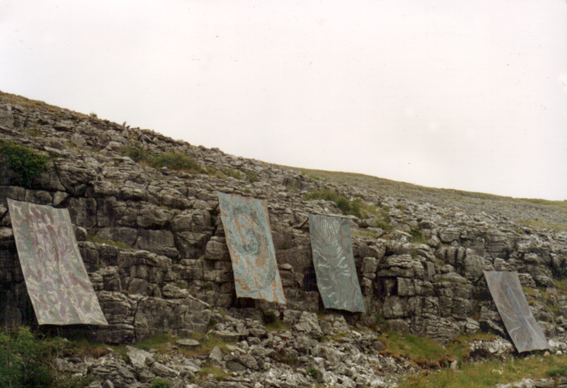