Airtime was a short film of interviews about how the implementation of the Natura 2000 Habitats Directive would impact on people with turbary (turf cutting) rights. It documents the stories and voices that were neither consulted or heard as areas of raised peatland were designated Special Areas of Conservation between 2011 and 2012, disallowing individuals to cut their own turf. The interviews took place at the National Peatlands Council in Athlone over a three-day period in the Harbour Bay Hotel in February 2012. Airtime was exhibited in a group exhibition TENSE at Limerick City Gallery of Art a month later. 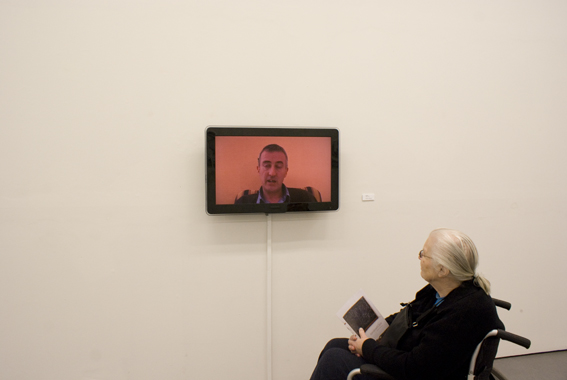